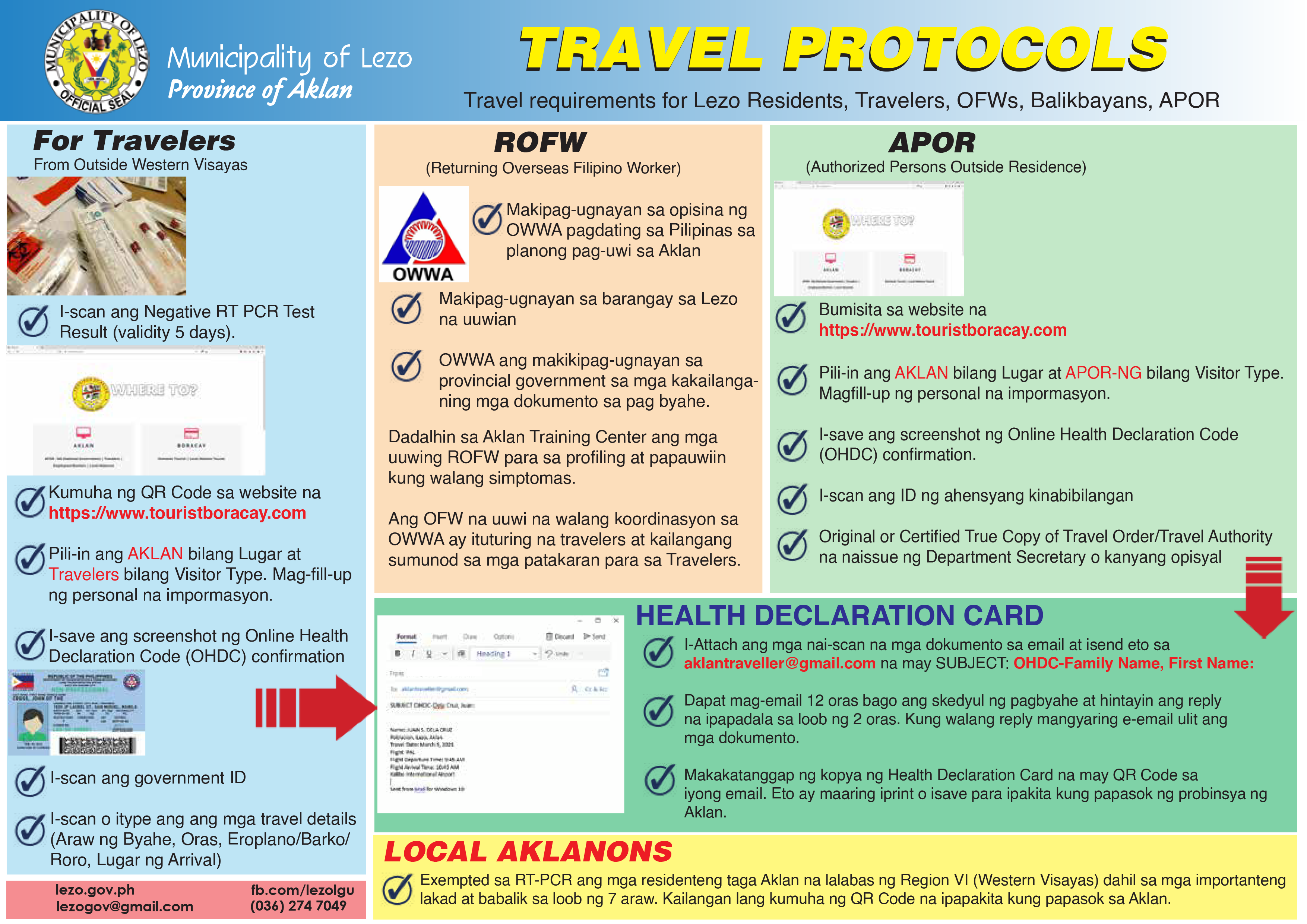 The provincial government through Governor Florencio T. Miraflores has issued Executive Order No. 2021-005 setting new guidelines for people entering the province of Aklan.

Here's the link of the Executive Order. 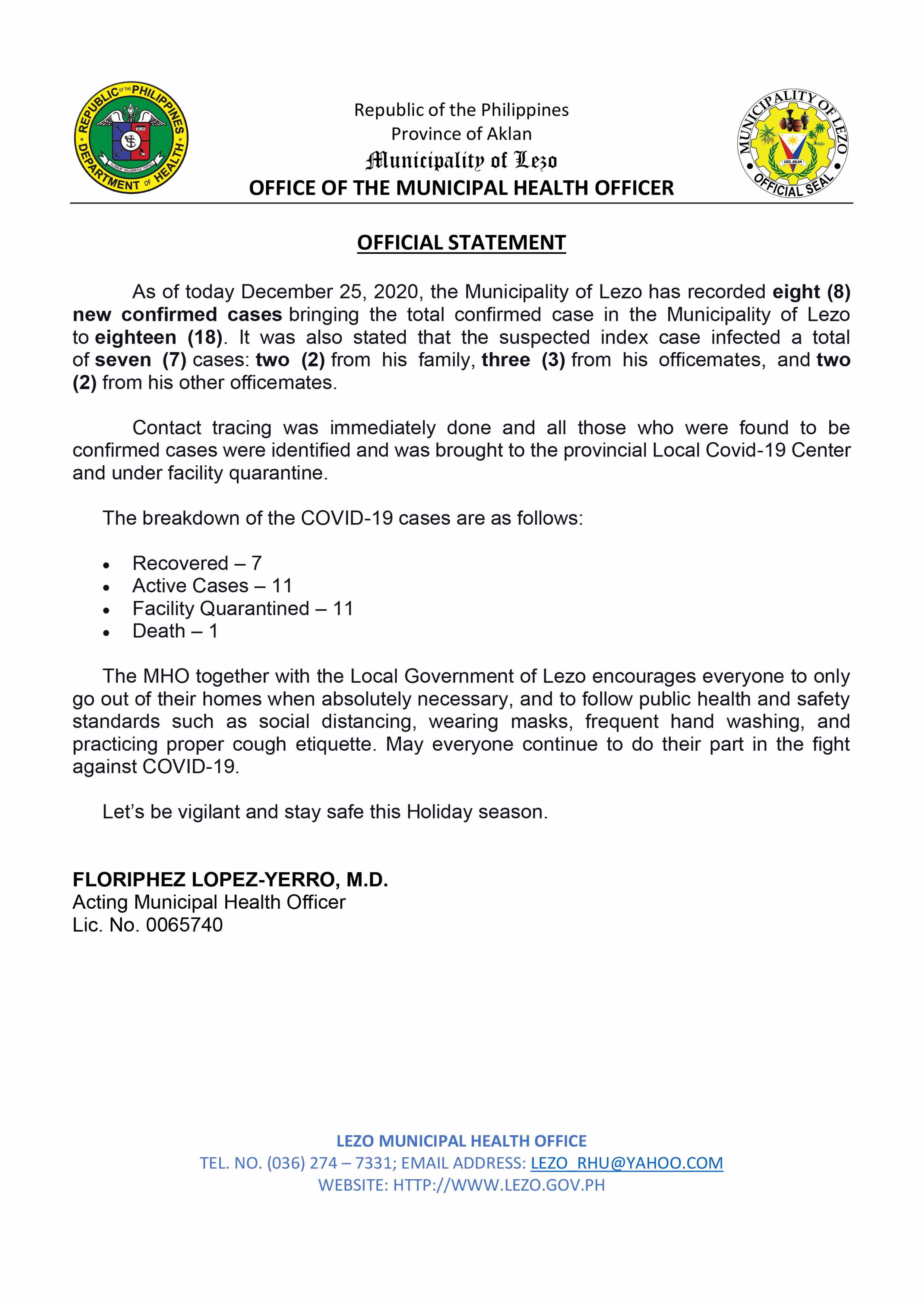 The Municipal Health Office (MHO) reported eight new confirmed COVID-19 cases in the Municipality of Lezo. This resulted to Lezo having eleven (11) active cases, seven (7) recovered, and one (1) fatality.

To date, Lezo has already 19 confirmed cases with 11 active cases, 7 recovered and 1 fatality. 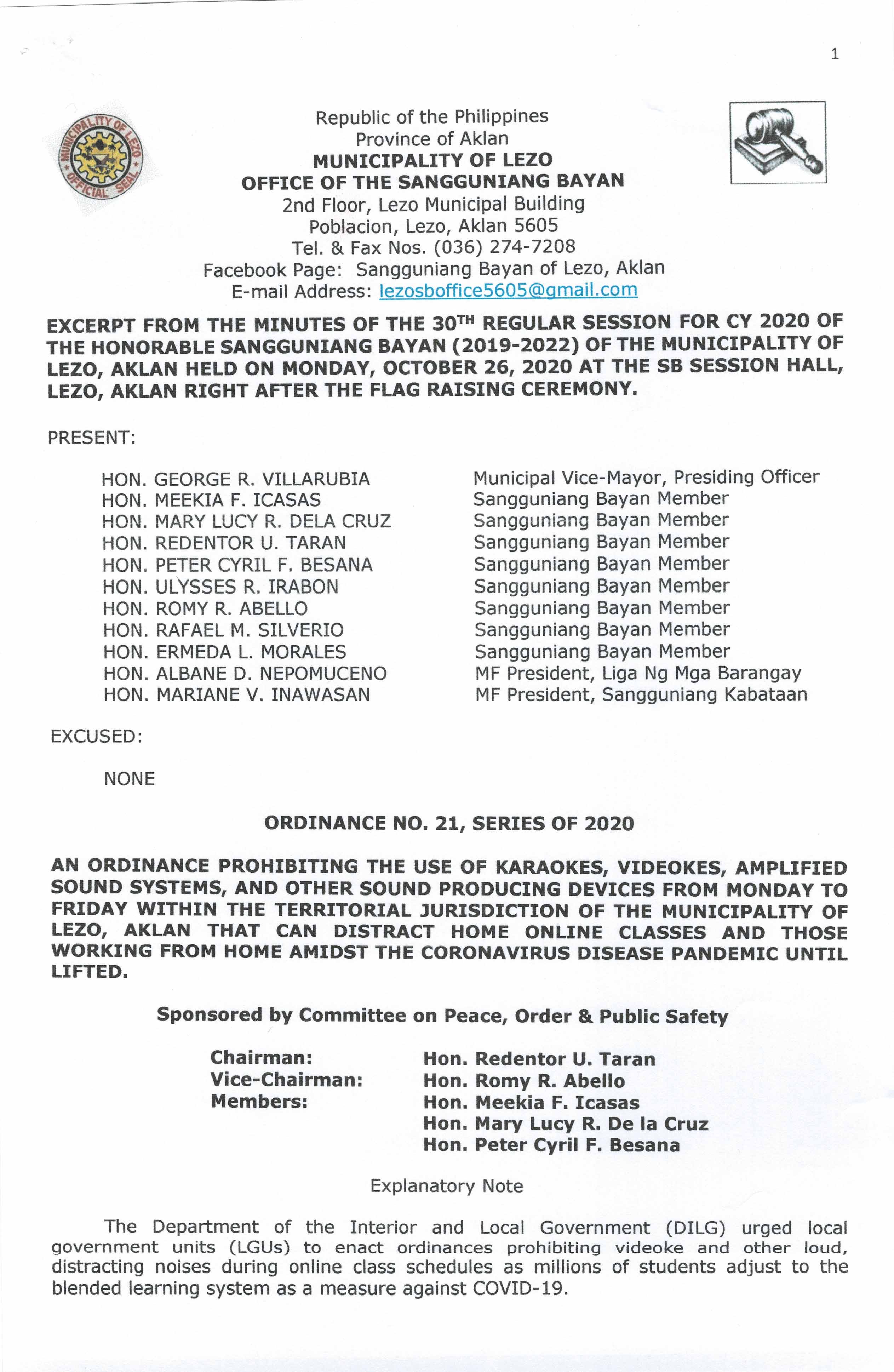 Through the advice of the Department of Interior and Local Government (DILG), the Municipality of Lezo has passed the Municipal Ordinance No. 21, Series of 2020 prohibiting the use of karaokes, videookes, and other amplified sound systems and devices in the locality from Monday to Friday.

Due to the rising cases of coronavirus disease (COVID-19) in the country, the national government has implemented community quarantines to limit the movement of the people in order to stop the spread of the pandemic.

However, this also resulted in many residents of Lezo becoming stranded from other provinces as well as those who are working abroad. Because of this, the national government has issued guidelines to regulate the going home of repatriated overseas Filipino workers (ROFWs) and locally stranded individuals (LSI).

Lezo is a landlocked and smallest municipality in the province of Aklan, Western Visayas region (Region VI), Philippines. It has a population of 15,224 (2015 Census figures).